Lagos’ new humongous prices for number plates will scare you

The Lagos State Government has released new humongous prices for number plates in the state different from the one the Joint Tax Board (JTB) approved recently.

But the Lagos State Government on Tuesday said the blue number place is now N37,825, while the red number plate is now N41,000. 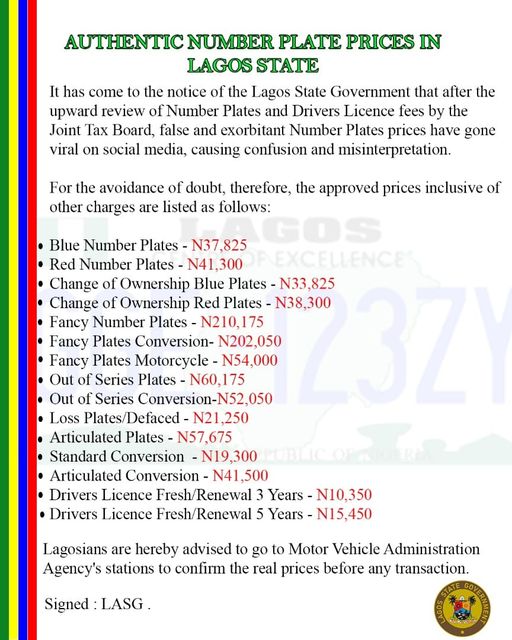