Iyke had been involved in a nasty fight with Maduagwu in a viral video which surfaced on social media on Tuesday.

Maduagwu who is famous for being a social media troll and his controversial lifestyle got the beating of his life after he called Iyke a ritualist.

Maduagwu in a video which surfaced online had said, “Money full everywhere, what are you doing for a living. I am sure Jim Iyke na fraudster, or ritualist.

“Go and look at the car he is driving, it’s expensive. Where is he getting the money. I hear he cannot enter America because he has done wayo.”

Reacting to the video, Okoye on Wednesday took to his Insta Story to declare Iyke for president while applauding him for his attack on Maduagwu.

He added that moving forward, anyone who messes with him would be dealt with. 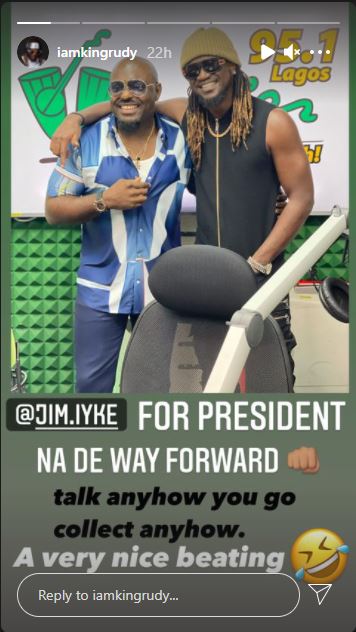